On your marks, get tethered, go! Running a 10km Race with a Vision Impairment

Running 10km may seem like a daunting challenge for most, let alone facing the task with a vision impairment. Meet Emily, who first started her journey with one of our very own exercise physiologists back in 2017 and recently tackled her first Blackmores Sydney Running Festival.

Emily was born with a rare genetic disorder, which is associated with an eye condition known as Retinitis Pigmentose (RP). Through her NDIS plan, she first started working together with Claire (an Accredited Exercise Physiologist) a little over 2 years ago. At the time, Emily had little confidence to engage in physical activity due to her vision impairment and was not completing any planned exercise. Initially, their sessions comprised of interval training in Emily’s home using some simple equipment and her treadmill. Slowly her confidence grew and they soon progressed to trialling some tethered running outdoors.

Emily took a likening to running very quickly; she realised her disability was no longer a barrier to engaging in physical activity. She has learnt to enjoy the challenge of pushing herself physically and working towards new fitness goals, such as completing some local 5km park runs. If that isn’t impressive enough, in September last year Emily completed the 10km Sydney Harbour Bridge and raised over $2000 for Guide Dogs Australia. Her incredible achievements were recognised by her local member, Matt Kean, in NSW Parliament on 25th September 2019. 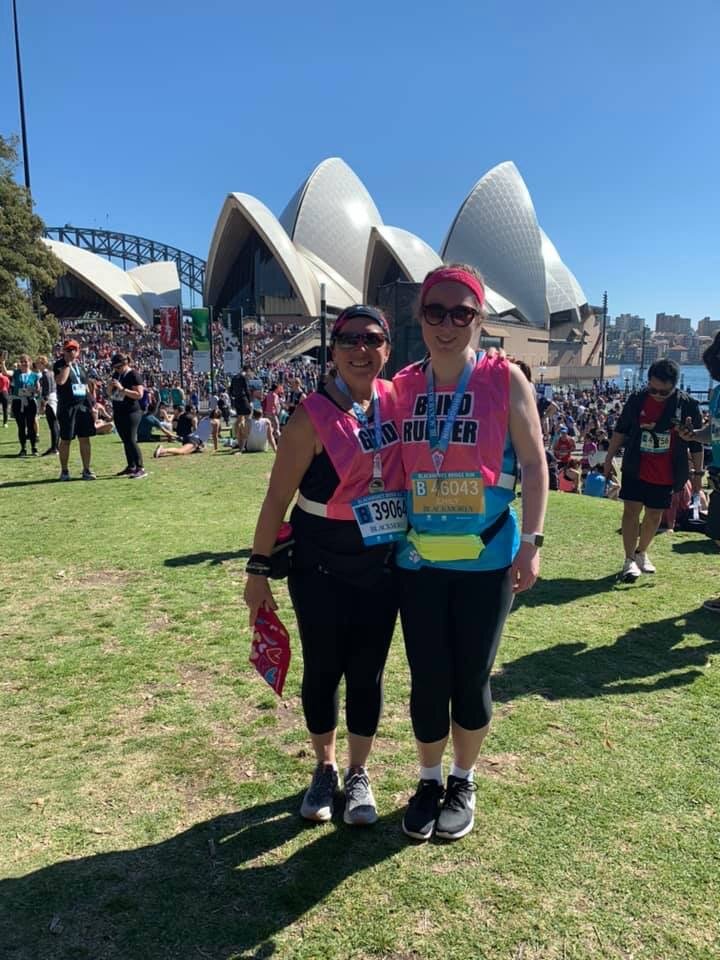 Emily standing with her guide runner in front of the Opera House after completing 10km at Blackmore’s Sydney Running Festival in 2019.

From left to right: Active Ability’s Exercise Physiologist, Claire, is tethered to Emily as a guide runner as they complete a local park run together.

Emily now runs on a regular basis with an old teacher from school. She also regularly attends the gym and enjoys the vast array of exercises available for her to complete. Emily and Claire continue to run together and are working towards a 12km run in June this year, where they are hoping to complete a half marathon by the end of 2020.